Posh to Passé: High Price to Pay for High Fashion

Victoria Beckham, formally known as Posh Spice of the International Pop Band- The Spice Girls, has announced that she will soon be trading in her skyrocket heels for protective flats in the British Entertainment Journal Xpose. Not only is she seen as the fashion icon of our age, but her line exhibits her inspiration for many of her notable looks with her fabulous outfits and trendy accessories.

Recently, Beckham has reportedly been warned to have bunion operations now or risk “serious problems”. However, her devotion to fashionable footwear is doing her no favours and she is known to suffer from serious bunions. These affect the joints of her big toes and could mean a real change to her wardrobe in the future.

A bunion, or hallux abductovalgus deformity, is the shifting of the big toe toward the second toe. Tendons begin to pull toe to compensate for realignment resulting in an abnormal bony prominence at the base of the big toe. Overtime, the position of the big toe becomes more painful and permanent.

What are the symptoms of bunions? 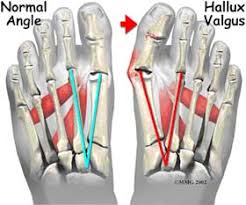 Fashion icon Victoria Beckam has been advised the she must get both her feet treated ASAP, otherwise, in less than two years. Her foot ailment has become so serious that if not attended to in the advised timeline, she may never be able to wear heels again, tarnishing her image of Queen B in the Fashion World.

Most sufferers can have an operation on one foot at a time, after which they need to rest and not move around for several days. They then slip on an oversized shoe to protect the toe while healing, and have to wear flat shoes – perhaps for six months.

For any further questions or concerns regarding bunions and treatments for this foot ailment, contact us and we’ll keep your feet healthy!

About the Author: Carmel Foot Specialists

This site uses Akismet to reduce spam. Learn how your comment data is processed.